Bethlehem is one of the oldest cities in the world and a holy city for Christianity. He is the second on importance after Jerusalem. Here according to the Gospel Jesus Christ was born. Also in Bethlehem was born and was anointed King David.

The major tourist and Christian attraction here is the Church of the Nativity, that is the birthplace of Jesus Christ. Other important places in everyone's sightseeing list of Bethlehem are the Milk Grotto, Shepherd's Field and Mar Saba Monastery.

1. Church of the Nativity

One of the oldest continuously operating churches in the world, dates back to 327 AD.

The modern building of the Church of the Nativity is the only Christian church in Palestine, preserved intact from the pre-Islamic period.

Next to the Church of the Nativity there is St. Catherine's Church, built by Franciscans in 1881. A staircase in the south aisle leads down to the northern part of the cave. To the left there is the Chapel of the Holy Innocents, commemorating Herod's massacre of the children of Bethlehem. Straight ahead there is St. Joseph's Chapel. On the right side in a niche is the altar of the Nativity, under which in the cradle is the sculpture of the Child, and above the altar is the statue of the Virgin Mary. On the back wall is a stone bench on which the remains of St. Jerome rested, until they were taken to Rome for burial in the church of Santa Maria Maggiore.

Every year on December 25, the Catholic Patriarch of Jerusalem holds a solemn Christmas Mass in the Church of St. Catherine, which is broadcast by the media all around the world. During the Christmas ceremony, the patriarch takes out the sculpture of the Child and solemnly takes it to the cave of Christmas. There he lays the relic first on the star, and then in the manger, where it stays until the 6th of January.

An important shrine of Bethlehem is the Milk Grotto, where the Holy Family hid from the persecutions of King Herod. On the way to Egypt, the Virgin Mary hid in a cave to feed Jesus, and the dripping milk colored the stone in white. Since then it is believed that the powder from the walls of the Milk Grotto makes miracles for women. Christians and Muslims believe that the unusually white parts of the cave stones are miraculous: they help increase the amount of mother's milk and increase the ability to give birth to children. Therefore, it is a place of pilgrimage for women who want to become a mother or have problems with feeding.

The Milk Grotto Church has an icon of the Virgin "Milkgiver" which is referred to getting rid of infertility or lack of milk.

This is the main city square in the center of Bethlehem. It takes its name from the nursery in which Jesus Christ was born, where the Church of the Nativity is, the oldest existing church located in the square. On one side of the square stands the Church of the Nativity, and on the other - the Mosque of Omar, built in the middle of the XIX century on land donated by the Greek Orthodox Church.

Manger Square is the focal point of Christmas events in Bethlehem with a giant Christmas tree. This is a traditional place where locals and pilgrims sing Christmas carols before midnight mess in the Church of the Nativity.

Bethlehem Museum is located next to the Church of the Nativity. He introduces visitors to the ancient history and culture. His goal is to show the role of the Palestinian Christian Arabs in the preservation of the region's cultural heritage.

The museum exhibits archaeological finds, household items and other exhibits of cultural and historical significance. The oldest exhibit is a clay jug whose age is several thousand years. Also in the museum is a fragment of a Roman aqueduct that transports water from Hebron to Jerusalem. Its age is approximately 2,000 years old.

The museum has a shop where you can buy handmade souvenirs - carved wooden figures, homemade ceramic ware, jewelry etc. There is a restaurant at the museum, introducing visitors to the dishes of the local national cuisine.

Mar Saba Monastery is an Orthodox Greek male monastery in the Palestinian Authority, located on the territory of the West Bank of the Jordan River, in the Judean desert, in the Kidron valley. Founded around 484 by St. Saba the Sanctified in the Judean desert. It is one of the oldest hostel monasteries. In the VIII century, St. John of Damascus took monastic tonsure and lived in the monastery for about 50 years, preserved the cave in which he lived, and his tomb.

The first building was the cave church, built after students began to settle around the hermit. By the end of the life of St. Saba up to 5,000 monks lived in the monastery founded by him. St. Saba the Sanctified has lived to 94 years, 86 of them as a hermit and the monastery, and was buried in the monastery. In the monastery there is a tomb where the relics of the monks who were killed during the Persian invasion in 614 are kept.

In 786, after a month-long siege, the Bedouins took the Monastery by storm. The shrines were looted and abused, and the monks were slaughtered without exception. The monastery was restored again with the help of Constantinople. Currently only 15 monks live in the monastery - Greeks, Romanians and one Russian.

Women are not allowed to enter the monastery. They can only enter the Women's Tower at the gates of the monastery. Visitor clothing must be modest. If not, the monks will offer clothes with long sleeves. The monastery never had electricity. Taking pictures inside without special permission is prohibited. .

St. Theodosius Monastery is the first hostel monastery in Palestine. It was founded by St. Theodosius near the cave, where, according to legend, the Magi who came to worship Christ stopped to rest on the way back. Currently, it is the Greek Orthodox convent in submission of the Jerusalem Patriarchate. It is dedicated to the Blessed Virgin Mary.

St. Theodosius Monastery existed until the beginning of the XVI century, when it was ravaged by the Turks, then long been in ruins. In 1898, the Jerusalem Patriarchate bought this piece of land and took up the reconstruction, which ran from 1914 to 1952. At the monastery there is an ancient cave. Above the cave are the remains of a temple built before the 6th century. Also here, when descending into the cave, the relics of the martyrs who suffered from the Persians in 614 are stored.

Herodium National Park is an ancient fortress near the village of Tekoa (Judean Desert, a territory under Israeli control in the West Bank region). Herodium is located 15 km south of Jerusalem and 5 km south-east of Bethlehem, near the ancient roads going to the Dead Sea. One of the most famous buildings of Herod I and the alleged place of his burial, and the only place in the world, still bears his name.

Herodium was built in the 23-20 year BC. The fortress was located on the volkano-like bulk mountain and consisted of two parts: the upper and the lower Herodium. At the time of construction, the height of the structure was 8 floors of a modern building. Herod was very proud of his creation, although he rarely visited him, preferring Caesarea.

Hebron is one of the oldest cities in the world, located in the historical region of Judea, revered in Judaism as the second most holy city after Jerusalem. Located 30 kilometers south of Jerusalem at an altitude of 927 meters above sea level.

The population is about 229.3 thousand Palestinians (2009) and 800 Israelis living in the historic Jewish quarter, which is under the control of the Israeli army.

The most famous historical place in Hebron is the Cave of Machpelah (Patriarchs), which is a sacred to Jews, Christians and Muslims. There Abraham purchased a burial cave, where Sarah buried, and then he himself was buried, and his descendants. Also King David lived in Hebron for seven years before his reign in Jerusalem. 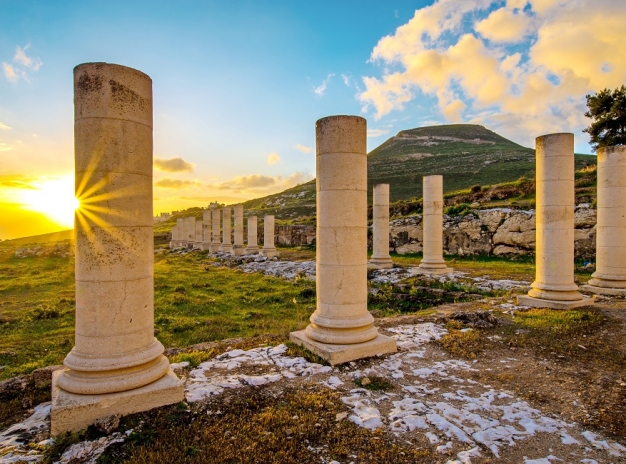 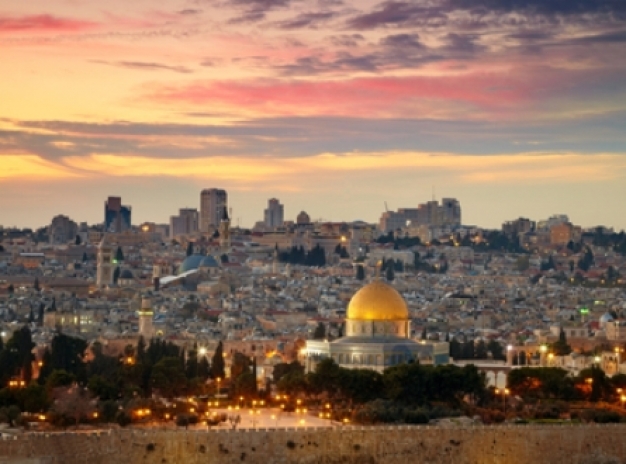 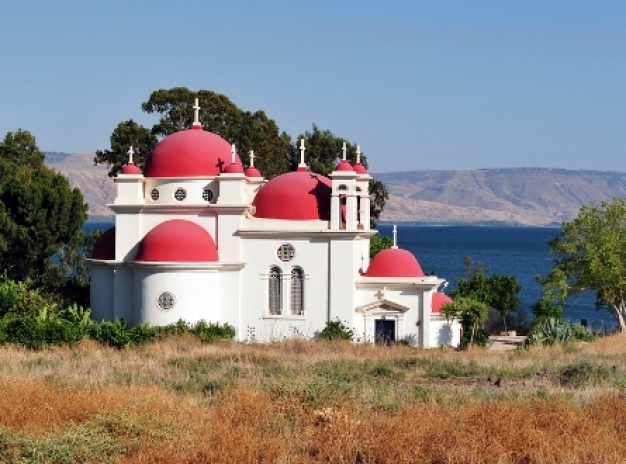 view details
Grand Israel Tour
Explore the Christian side of Israel in 8 days with professional tour guide. Walk in Capernaum - Jes...
2887 $ price from
<p>Tour</p>
We will callback you in a minute